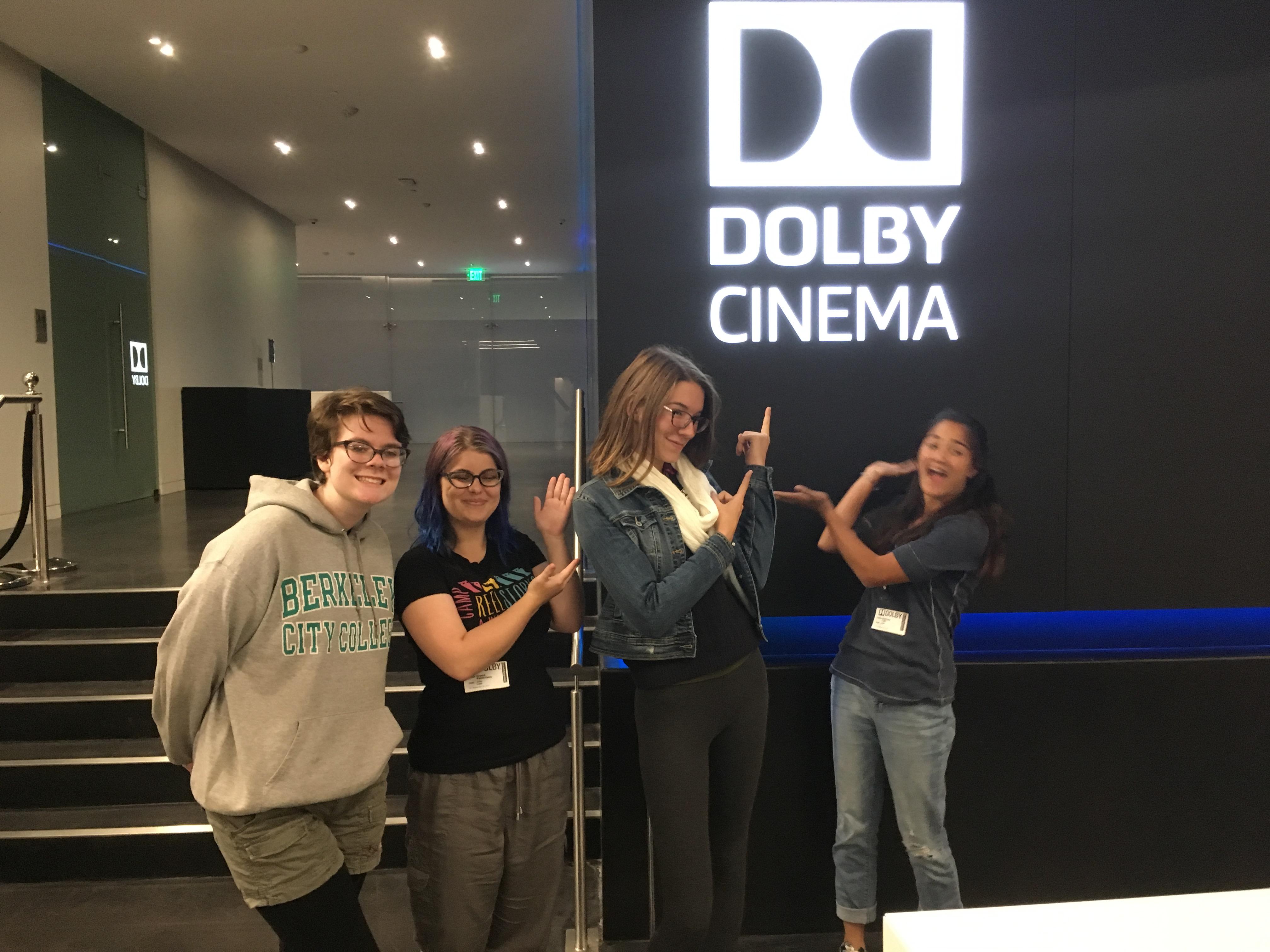 By Esther PearlDecember 5, 2017Experience at Camp Reel Stories
No Comments

This September, I had the opportunity of a lifetime mixing audio for my short film “After The Storm” with Director of Audio and Visual Production, John Loose, at Dolby studios in San Francisco. During our time at Dolby, we got to interact and experiment with state of the art sound equipment, create foley, and mix “After The Storm” in Dolby 5.1 surround sound. Along with fellow campers Sasha, Clarissa and Truly and CRS staff April and Esther, we learned many crucial lessons about sound in film.

One of the first (and most important lessons) we learned from John is that just because you can fix sound errors in post production, the production team should still be as careful as possible to avoid audio mistakes during production. While my production team (In Time Productions) did not intend to make our sound editor’s job more difficult, if we had taken more time while shooting to pay attention to sound, we would have had more time to focus on other aspects of the project during post production. An example of this is how we forgot to record room tone at some of our locations. While this was a genuine mistake, if we had been more organized we could have avoided this.

Another great tip John gave us was that we should rehearse recording audio for particular shots, listen back, and fix any issues that come up before recording the “official” audio. Practicing before shots is tedious (especially when you only have one or two weeks to make an entire short film), but it saves lots of time in the editing room. If my team had done this, our audio would’ve sounded more professional in our final project.

Working with John at Dolby was truly a once in a lifetime experience. Before this, I had no interest in working with audio. I was scared that if I was in charge of sound, I would mess up somehow and completely ruin the projects I was working on. I chose not to push myself in fear of failing. However, after this experience, I am no longer afraid of recording and mixing audio. Even if figuring out how to operate the equipment isn’t intuitive for me, I feel more confident in my ability to learn. I am so grateful to Camp Reel Stories and Dolby for giving me and other campers this opportunity.

Why media made by and for girls matters.